Home » All Catalog » The EU’s Enfants Terribles: Democratic Backsliding in Central Europe since 2010 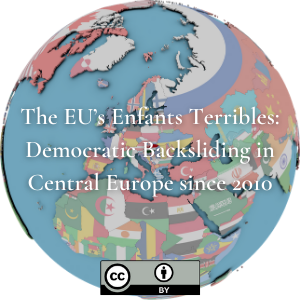 Abstract: In the academic literature, Hungary and Poland are often cited as paradigmatic cases of democratic backsliding. However, as the backsliding narrative gained traction, the term has been applied to the rest of the post-communist region, including the Czech Republic and Slovakia. We suggest that this diagnosis is in part based on conceptual stretching, and set out to rescue the concept as an analytical tool. We then assess the extent of backsliding in the four Visegrád countries, explaining backsliding (and the relative lack of it) in terms of motive, opportunity, and the strength or weakness of opposing or constraining forces. We conclude that the situation is not as desperate as some commentators would have it: democratic backsliding in Hungary and Poland was contingent on a few exceptional factors, and EU leaders therefore need not be paralysed by the fear of contagion when they contemplate forceful action against backsliding member states.