Home » All Catalog » The Distinctive Political Status of Dissident Minorities 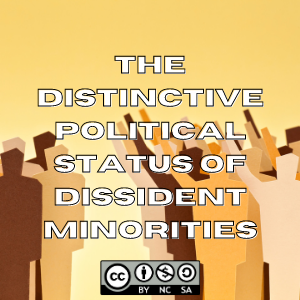