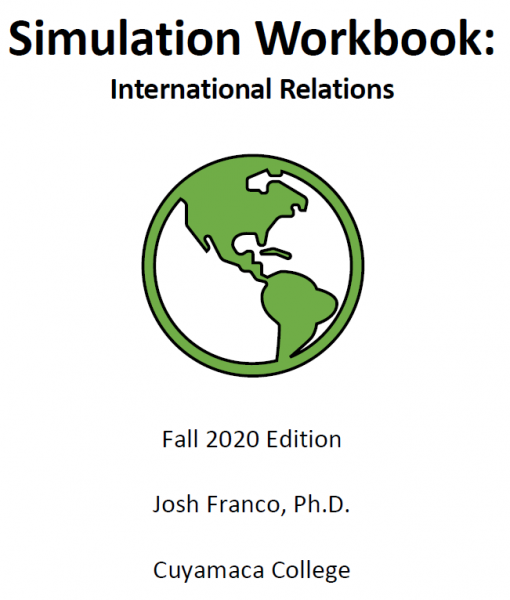 The political science sub-field of International Relations is the study of who gets what, when, where, how, and why primarily at the international level.

International Relations has a long and rich history in world history and politics. A major advancement in the sub-field came with the introduction of formal game theory in the 1950s, and shift from traditional “isms” of realism, liberalism, and constructivism to the interest, interactions, and institutions framework, and the growing connection between domestic and international politics due to social media.

The standard principle for both workbooks is to not think of simulations in the tradition sense of role-playing exercises. Rather, I want you, my students, to think of simulations as the development of abstract reasoning and the formulation of a working mental model that you can carry with you long after the conclusion of this course.