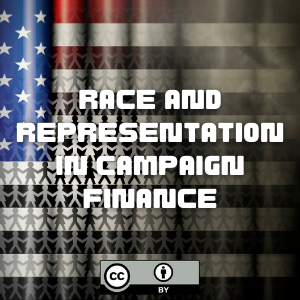 Abstract: Racial inequality in voter turnout is well-documented, but we know less about racial inequality in campaign contributions. Using new data on the racial identities of over 27 million donors, we find an unrepresentative contributor class. Black and Latino shares of contributions are smaller than their shares of the population, electorate, and elected offices. However, we argue that the presence of ethnoracial minority candidates mobilizes coethnic donors. Results from regression discontinuity and difference-in-difference designs suggest that the presence of ethnoracial minority candidates increases the share of minority contributions in US House elections. We find a reduction in white contributions to black Democrats, and to black and Latino Republicans, but little difference in overall fundraising competitiveness. Although we cannot definitively rule out alternative mechanisms that covary with candidate ethnorace, the results suggest that the nomination of minority candidates can increase the ethnoracial representativeness of campaign finance without costs to fundraising.