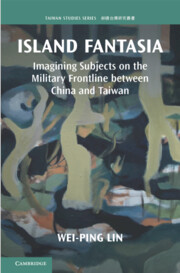 The Matsu archipelago between China and Taiwan, for long an isolated outpost off southeast China, was suddenly transformed into a military frontline in 1949 by the Cold War and the Communist-Nationalist conflict. The army occupied the islands, commencing more than 40 long years of military rule. With the lifting of martial law in 1992, the people were confronted with the question of how to move forward. This in-depth ethnography and social history of the islands focuses on how individual citizens redefined themselves and reimagined their society. Drawing on long-term fieldwork, Wei-Ping Lin shows how islanders used both traditional and new media to cope with the conflicts and trauma of harsh military rule. She discusses the formation of new social imaginaries through the appearance of ‘imagining subjects’, interrogating their subjectification processes and varied uses of mediating technologies as they seek to answer existential questions. This title is Open Access.