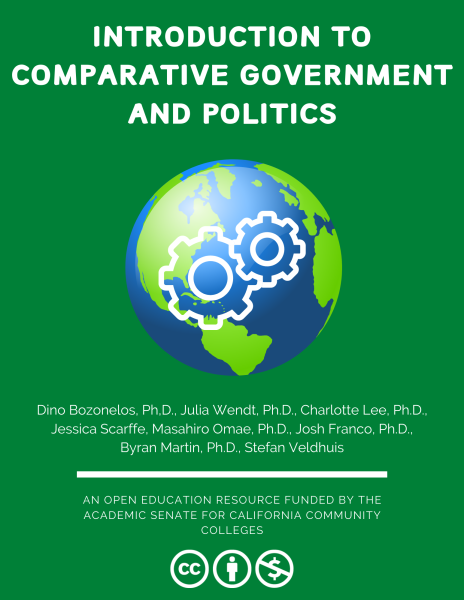 By contextualizing the concepts, we hope to help students learn the comparative method, which to this day remains one of the most important methodological tools for all researchers.

Go to Introduction to Comparative Government and Politics – An Open Education Resource Textbook (introcp.com) to download a PDF of the textbook.