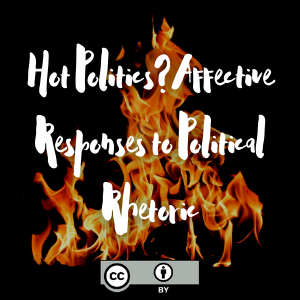 Abstract: Canonical theories of opinion formation attribute an important role to affect. But how and for whom affect matters is theoretically underdeveloped. We establish the circumplex model in political science as a theory of core affect. In this theory unconscious emotional processes vary in level (arousal, measured with skin conductance) and direction (valence, measured with facial electromyography). We theorize that knowledge, attitude extremity, and (in)congruence with political rhetoric explain variation in affective responses. In a large lab study (N = 397), participants watched video clips with left-wing or right-wing rhetoric on prominent issues. We find that people with extreme attitudes experience more arousal in response to political rhetoric and that political rhetoric incongruent with prior attitudes evokes negative affect. Moreover, we show that affective responses lead to opinion change, independent of self-reported emotions. We conclude by setting a research agenda for the alignment between affective and cognitive components of emotions and their consequences.